Here is my newest guest post on storytelling.  It is everywhere, even in a *gasp!* engineering environment! Stories have been used through out history to illustrate a point or to educate, why should it be any different today?  Robert Brincheck is an engineer who works for a software company.  He is also married to Valerie, who wrote a previous post about visual art.  I think you will find his story interesting.  If you do, please share on Facebook and Twitter.
J.

How Storytelling Can Make Complex Concepts Easy To Understand

I have a rather unusual job. I help sales people sell software to companies. Which is not necessarily unusual because selling anything to large companies typically takes a team of people. However, the team is usually composed of technical experts who know everything about how the software works. While I have a deep knowledge of what it does, I could not demonstrate the product to you if you put a gun to my head. Instead, my job is to understand the customer's needs, determine how they can be met using my company's software, and determine the benefits of using it instead of some other solution. This requires taking very complex concepts and communicating them in ways that are easy for non-technical people to understand and remember. I use storytelling to do this.

My company sells software that customers use to design and develop their products. It is a wide range of tools known as Product Lifecycle Management, or PLM, software. If you know what PLM is then you either work for a PLM supplier or are a technical expert in an IT or engineering department. If you are like everyone else you have never heard of PLM. You probably also noticed that while the name seems descriptive it is does not provide any real insight into what this software actually does. To be successful, I must convince the decision makers that I can help solve important problems with my company’s software. The problem is that I do not yet know what is important to my customer and they do not know enough about what my firm does to tell me.

The cost and complexity of PLM means the people approving the purchase are generally top executives. They usually have no idea what the software actually does so they lean on the advice of their technical experts. Unfortunately, these experts are typically too focused on their individual needs or on creating an ‘apples to apples’ evaluation process. Imagine buying a new car. This is a complex decision based on a variety of criteria. Assume you believed your current car had too many buttons on the dashboard and you could never remember what each one did. You want your new car to have fewer buttons. This is a easy criteria to measure because you can simply count the number of buttons and rank the candidates from highest to lowest. Now imagine you made your choice solely based on the fewest dashboard buttons and ignored all the other factors. You can see how the technical experts usually miss the forest for the trees when they focus on criteria that is easy to measure. This is where my job becomes important. I explain to the executives approving the project why our software is necessary to address their critical problems and strategies and why a couple of extra buttons on the dashboard does not really matter in the big picture. To do this I first need to talk to the executives and understand what is important to them.

Executives did not get to their position by openly displaying their ignorance about anything. They usually follow the rule of ‘better to be thought a fool than open your mouth and remove all doubt’. Since most executives outside of IT do not understand what PLM software does they do not want to talk to people from PLM suppliers. Completing the Catch 22 scenario, they also assume it can not be valuable or important because otherwise they would know more about the topic. My first job at most customers is to convince their Chief Information Officer (CIO) or VP of Engineering why they need to let me talk to the senior executives about their strategies, initiatives, and challenges instead of simply letting their technical experts tell me how many buttons they want on the dashboard.

I have a standard powerpoint deck that describes the interview process I use and why it is the best way to work together. The second slide in the deck has two pictures of Detroit rock n’ roll legend Bob Seger. The first picture is circa 1983 and the second is a recent photo from 2011. 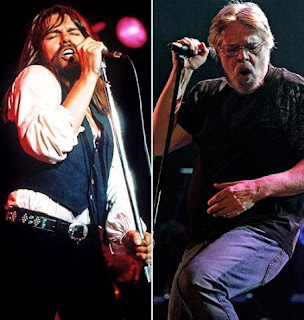 Most sales people who review the deck want to take this slide out because it has nothing to do with the product. However, this is the most important slide in the deck. The story that accompanies the pictures is often the key to getting a customer to agree to move forward with my plan and provide access to their top executives. I explain that I saw Bob Seger in 1983 and one thing that struck me was all of the work needed to manage all of the wires and cables on the stage. The performers could only move in certain places or else they would be unplugged or trip on a cord and possibly be injured. Roadies were always seen on stage moving wires out of the way. I saw Seger again in 2011 and noticed that all of the instruments and microphones were wireless. The band members could now run wherever they wanted whenever they wanted. The stage was at least twice as big it as it was in 1983. It went out into the crowd for better interaction between the band and the audience and the roadies were nowhere to be seen. New technology had removed the previous restrictions enabling the band to create a performance that would not have been possible in 1983. I explain that PLM software is similar in that ten to fifteen years ago the technology had limitations that forced a company to change their processes to conform to the software’s limitations. At that time it made sense to have a software vendor explain how the software worked so they could decide if those capabilities worked for them. Over the last decade technology has advanced so far that today’s software is very flexible and has very few limitations. Like Bob Seger, a corporation should not let technology restrict the way they want to run their business. That is why it is easiest for me to interview a few key executives so I can understand their priorities and how they want to run their business. Then I can explain specifically where and how our software can help them be successful. By using this story I help customers understand two things. First, the technology has advanced so rapidly their technical experts are most likely not up to date. It would be a waste of time to try to explain everything the software can do since most businesses will only need a few of these capabilities. The best approach is for me to understand their business needs so I can explain exactly how I can help them. Secondly, and most importantly, PLM is really about running their business, not just about technology. This means that PLM is about what they know best and therefore must be important.

Without my Bob Seger story it would be much more difficult to explain why my approach is better than the process the customer typically uses. The story is non-threatening because they do not organize concerts. It provides useful information, specifically that changes in technology enable better ways of working. It explains that the executives need to be actively involved because we address the problems that are most important to them. It does all this without putting anyone in a negative light. The technical experts input simply comes later, once the big picture is defined.

The Bob Seger story is only one that I use on a regular basis. I will finish with another example. Installing PLM software can often take several years and one of the challenges is getting everyone in a company to do the same thing the same way. People usually resist change and while most requests should be dismissed, some requests are valid. Executives need to decide which are valid and which are not. I provide them with a simple way to remember that requests for changes should not be accepted at face value but should be investigated and justified. I start by explaining that people are like snowflakes. Each believes the work they are doing is very unique and must to be done in a very specific way. This is not because they are bad people but probably because they have never seen another way to do their job. They are knowledgeable workers who have been working at the organization for a long time. They will explain how the world will end and the sun will explode if they are not able to get the change they are requesting. I ask the executive if they know the story of how the diameter for the US Space Shuttle solid rocket boosters was selected. I had always assumed it had to do with a complex set of rocket science requirements. However, that is not the case. Instead, it was because the boosters were built by a company in Colorado and the only way to get them to Cape Canaveral in Florida was by train. The diameter of the rocket booster had to fit through the train tunnels in the Rocky Mountains. The diameter of the tunnels was driven by the gauge of the train which is the width between the wheels. What determined this measurement? Trains were initially popularized in England and they used the same gauge for trains as the existing wagons. The wheels on the British wagons were designed to fit in the ruts of the ancient Roman roads still in use. The Romans had decided on the wheel distance that made the ruts because it enabled them to use two horses for their chariots. Therefore, the diameter used for the Space Shuttle booster rockets was determined by the Romans over 3,000 years ago. I counsel the executive that when the snowflakes come with their requests and their doomsday scenarios, he has to be certain that they are not just following the ruts in the road. Storytelling allows me to help my customer address one of the major challenges they will face installing a complicated software system. It allows me to do this without having to even know the actual details of these future requests. I have set the stage so that the snowflake will have to do the necessary work to prove they are not just following the 3,000 year old ruts in the road.
Posted by Unknown at 2:34 PM No comments:

On The Cusp: The Prodigal Girl

The Girl is back from her tour of Europe.  Is she different?  Find out in my newest essay at Greenspotblue.
Posted by Unknown at 8:47 AM No comments: